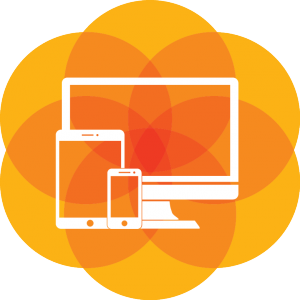 A few weeks ago, RoboVM announced that from version 1.9 onwards a commercial license would be required for all developers who wanted to deploy software to iOS devices. In addition to this, it was announced that the source code for the RoboVM compiler and tools is no longer being developed under an open source model. This is a business decision of RoboVM and / or their acquirers Xamarin.

We have received a large number of questions from users about whether this affects Gluon or our customers. Fortunately, there is no impact to Gluon and our customers from this change in business direction from RoboVM.

Why is this? Gluon allows developers to run Java applications on all kinds of devices, including on iOS devices. In order to run JavaFX applications, a Java runtime is required. There is no hard dependency on what Java runtime is required, as long as it provides a Java 7 or higher environment. The IDE plugins provided by Gluon leverage the open-source jfxmobile plugin (maintained by Gluon). Currently, the latest version of this plugin (1.0.6) relies on the Android SDK for providing a Java runtime for Android devices, and on RoboVM 1.8 for providing a Java runtime for iOS devices. The RoboVM 1.8 runtime is downloaded by the plugin as a dependency, and this runtime remains available as the last release available from RoboVM prior to going closed source.

While this will continue to work in the future, Gluon is also working on expanding the options. The current version of the jfxmobile plugin does not offer developers a choice of the underlying Java Runtime. We will add this option in future releases. For iOS, we plan to offer at least the following options:

In summary, the Gluon products depend on JavaFX and Java, but they are independent of the providers of the JavaFX and Java implementations. We want to offer our users a number of options (free and commercial). The jfxmobile plugin is developed in an open-source spirit, and contributors are welcome (and even encouraged) to create integrations with other runtime environments.