Scene Builder is a very popular drag & drop user interface designer tool for JavaFX. It allows for rapid iteration and separation of design and logic for team members to quickly and easily focus on their specific layer of application development. With over 1.5 million downloads since Gluon started distributing it in 2015, Scene Builder clearly is a widely used tool.

Scene Builder version 15 also marks the start of new series of Scene Builder releases. We intend to release Scene Builder at least with every major Java/JavaFX release, to benefit from the latest runtime changes. 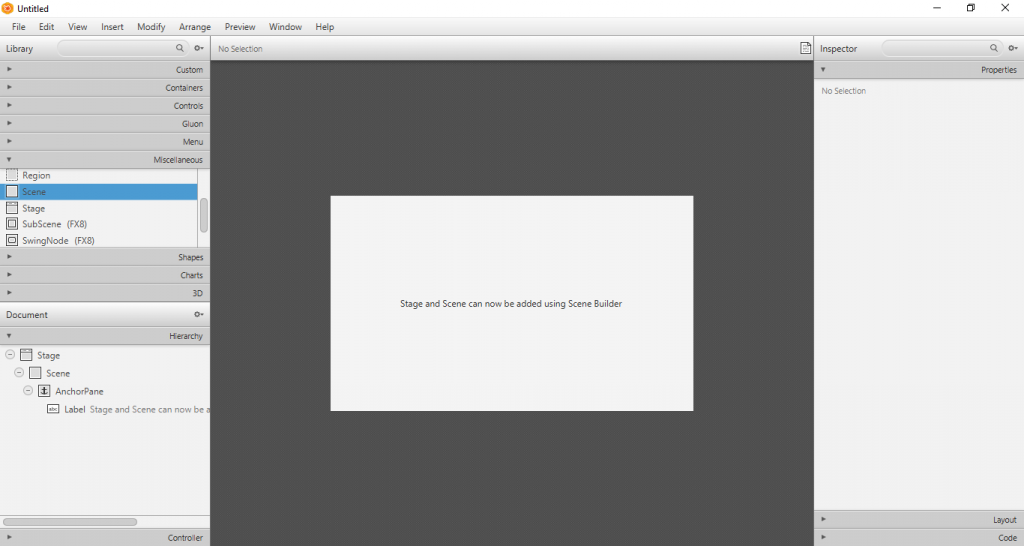 Scene Builder is open source and available on GitHub.

Whether you are already using Scene Builder or you are a new user, download the latest version and give it a try.

While Scene Builder is completely free and Open Source, Gluon has a number of services that allow you to influence our work.
If JavaFX or Scene Builder are important to your company or you need first-class support, contact us about our JavaFX Long-Term-Support plans.