For those of your unfamiliar with Scene Builder Kit, it is used by IDE developers and people involved in creating tooling. It allows for Scene Builder to be embedded into these tools in a cohesive way, such that is becomes part of the tool. Most users will not want to download this – stick to Scene Builder itself.

Finally, you guys are amazing! We never imagined that the appetite for Scene Builder downloads (and improvements) was so high – we’ve had in excess of 11,000 downloads since making the builds available. 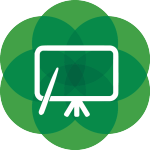 Remember: Gluon offers training and consulting services – we’re just an email away from helping you!